There is sufficient scientific evidence regarding Glyphosate’s significant threat to agrarian societies. Some countries including EU, have already banned its use. In Armenia, Glyphosate is widely used in agriculture. According to the Ministry of Agriculture, the annual amount of import is steadily increasing (12,000 liters in 2012, 60,000 liters in 2013; 149,280 kg in 2016, 161,800 kg in 2017, and 250,000 kg in 2018). World Health Organization (WHO) and International Agency for Research on Cancer (IARC) classified glyphosate as a probable human carcinogen.

The project raised awareness of the government decision-makers in the negative impact of highly hazardous pesticides such as Glyphosate, on human health and the environment. At the same time, the project targeted the farmers as most vulnerable population groups by raising awareness on the harms of Glyphosate and informing about existing agro-ecological alternatives.

On June 5, 2019, AWHHE organized a seminar on pesticide management, in particular, on the International Code of Conduct on Highly Hazardous Pesticides (HHPs). The seminar was organized by the ”Armenian Women for Health and Healthy Environment” (AWHHE) NGO within the framework of the Green Grants Fund project. Representatives of relevant NGOs and the RA Ministry of Agriculture and the RA Ministry of Health attended the seminar.

Independent expert on agriculture Vahan Amirkhanyan presented the International Code of Conduct on Pesticide Management, focusing on the issues of pesticide management and control in Armenia. The presented information caused a heated debate among the participants.

Among the issues discussed were the health and environmental risks caused by the inadequate use of pesticides, as well as the acute shortage of specialists such as agronomists, agro–technicians, zootechnicians, veterinarians, etc.

The President of AWHHE NGO Elena Manvelyan expressed her concern about the lack of control over the residual amounts of pesticides, particularly HHPs in the environment and agricultural products.

Taking into account the high toxicity of glyphosate, which is classified by the World Health Organization and the International Agency for Research on Cancer as probable cancerogen, as well as considering the high health risks, the lack of research on the connections between the use of pesticides, particularly HHPs and various health effects and diseases, the increase in the import of glyphosate-containing preparations and the prevalence of cancer in our country, Ms. Manvelyan encouraged participants to organize a forum to discuss widely the issues related to the pesticide use and management. The participants unanimously supported her proposal. (https://www.ecolur.org/en/news/biodiversity/–/11212/) 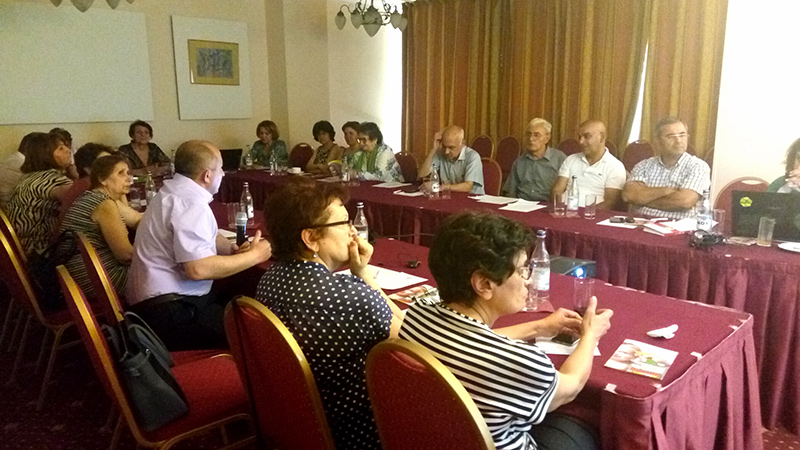