Workshops on the impact of POPs (Pesticides, PCBs) and mercury on human health and the environment and prevention of their harmful effects in the frame of the implementation of the Stockholm and Minamata conventions

From March 2 to June 30, 2020, the “Armenian Women for Health and Healthy Environment” (AWHHE) NGO conducted online workshops on the impact of POPs (particularly pesticides and PCBs) and mercury on human health and the environment and prevention of their harmful effects in the frame of the implementation of the Stockholm and Minamata conventions. The workshops were organized with the support of the Environmental Monitoring and Information Center of the Ministry of Environment of the Republic of Armenia.

The online workshops were held using such platforms like Zoom, Facebook Messenger or Viber, which were attended by 170 people of different professions and occupations concerned with environmental issues. Among the participants were teachers, lecturers, representatives of various NGOs, doctors, farmers, housewives, young parents, university and high school students. Sometimes more than one person took part in the discussion using the same computer.

Eight workshops were held online, supported by the coordinators of the Public Environmental Information Centers in Gyumri, Armavir and Yerevan, and by the teachers of the communities who were knowledgeable on the online platforms.

Two workshops were conducted in Yerevan. The first online discussion was held together with the lecturers of the Armenian National Agrarian University (ANAU) and the National Polytechnic University of Armenia (NPUA) with participation of the students of ANAU and the lecturers and students of NPUA.

The second workshop was held in cooperation with the Yerevan Aarhus Center with the participation of the Head of Research Center of the Crisis Management State Academy (CMSA), CMSA lecturers of the Faculty of Training, Faculty of Rescue Operations, and the discipline of Ecology, President of the “For Human Sustainable Development Association” NGO, President of the “Aquamarine” NGO, Head of the Environmental Education Program of the ATP Charitable Foundation, President of the “Public Awareness and Monitoring Center” NGO, Head of the “Syrian-Armenian Union” NGO, Head of the “Colors of Life” NGO,  employee of the “Hydrometeorological and Monitoring Center” SNCO, coordinator of the Yerevan Aarhus Center and others.

The workshops were conducted by three employees of the AWHHE NGO.

During the workshop, information was provided about the signing of the Stockholm Convention on Persistent Organic Pollutants (2001) and its ratification (October 22, 2003) by Armenia and entry into force (May 17, 2004).
Then, it was presented which chemical compounds should be discarded, what categories of POPs belong to by the purpose of use or by origin.

The participants were provided with information on how the POPs accumulate in the human body and cause serious health problems noting that they affect the digestive, immune, respiratory, urogenital and endocrine systems.

It was also mentioned that they are dangerous for both people who work and live where POPs have been produced or used, and for people who have been directly exposed to these substances through inhalation, skin contact and food intake.

With regard to the residual quantities of POPs, it was noted that they contaminate crops and those who use them. Due to their ability to spread over long distances, POPs accumulate even in the bodies of fish, birds, and mammals that live far from where POPs are used or produced.

It was mentioned that the long-term use of the same pesticide reduces its effects on the pest, as the pest becomes resistant to the given substance.

Reference was also made to the fact that the use of POPs destroys not only the organisms for which these substances are intended, but also beneficial insects, birds, fish and other organisms.

An interesting discussion was held on environmental issues, and exhaustive answers were given to the questions raised during the workshop.

The participants were provided with links to a number of brochures related to the topic posted on the website of the AWHHE NGO:

During the workshop, the speaker introduced the topic on PCBs that are oils and solids having no taste, odor and color and having the following properties: fire resistance, low electrical conductivity, high resistance to thermal arc, high chemical stability and resistance to many oxidants and other chemicals.

The speaker also spoke about the impact of PCBs on the environment and human health, and on how to deal with unfit for use PCB containing equipment.

The actions to be taken in case of detection of unusable devices containing PCBs were presented. These are as follows:

It was noted, that the land contaminated by leakage of oils containing PCBs from unusable equipment is subject to PCBs testing. If the soils are contaminated, the contaminated layer must be removed and neutralized.

The methods of final removal of PCBs were also presented. These include:

In case of liquid waste:

In case of solid waste:

During the workshop, the speaker presented the widely used mercury – containing products.
Then she introduced the symptoms of acute and chronic mercury poisoning.

Afterwards, information was briefly presented on the research of the lamps made by the AWHHE NGO and on the disadvantages and advantages of incandescent, fluorescent and LED lamps. The speaker also presented in detail the necessary actions to be taken during the preparation, mechanical cleaning, chemical neutralization and removal stages in case the fluorescent lamp is broken.

The speaker explained the participants how to prepare solutions for chemical neutralization:

The speaker presented in detail the actions that each of us should avoid in case of lamp breakage:

The speaker also highlighted the health risks posed by a broken fluorescent lamp. Then, she demonstrated the alternative products containing mercury-free products and their work.

The participants of the workshops were provided with links to a number of brochures related to the topic posted on the website of the AWHHE NGO: 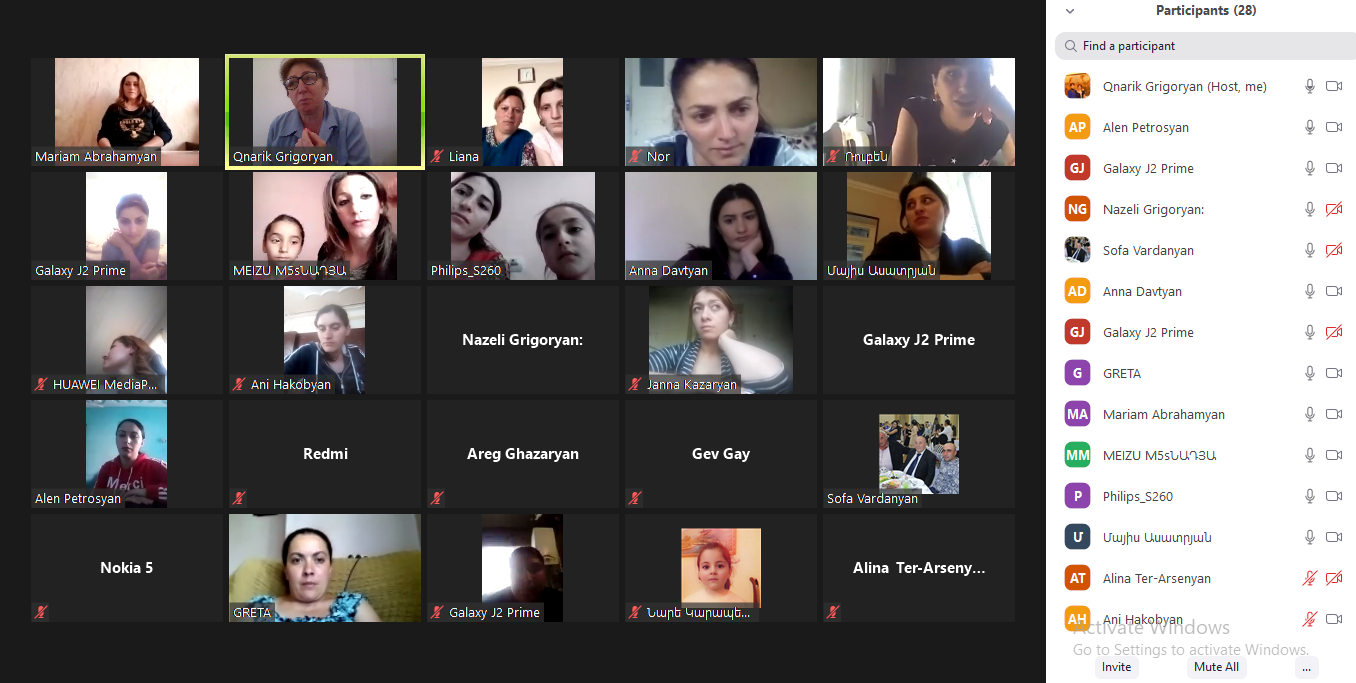