The fourth session of the Intergovernmental Negotiating Committee to prepare a global legally binding instrument on Mercury (INC4) was held in Punta del Este, Uruguay, from 27 June to 2 July 2012. Organized by the United Nations Environment Programme (UNEP), this was the fourth meeting in a series of six meetings to negotiate a global, binding treaty to control and end mercury pollution. Mercury, a potent neurotoxin, contaminates fish supplies around the world, and poses particular risks to women and young children.  The anticipated Mercury Convention, projected to be finalized in January 2013 at the fifth negotiation in Geneva, is expected to address mercury pollution globally.

Accredited NGOs participated as observers in the INC4 sessions. AWHHE was part of the NGO group representing the Zero Mercury Working Group (ZMWG) and International POPs Elimination Network (IPEN). As delegates from over 150 countries converged for the fourth session to negotiate a mercury treaty, NGOs from around the world called on them to address the global mercury crisis.  Alarmed that mercury is still transported great distances through the air and by trade, they urged world leaders to adopt strong treaty provisions on supply and trade that will, among other things, prohibit mining of mercury. 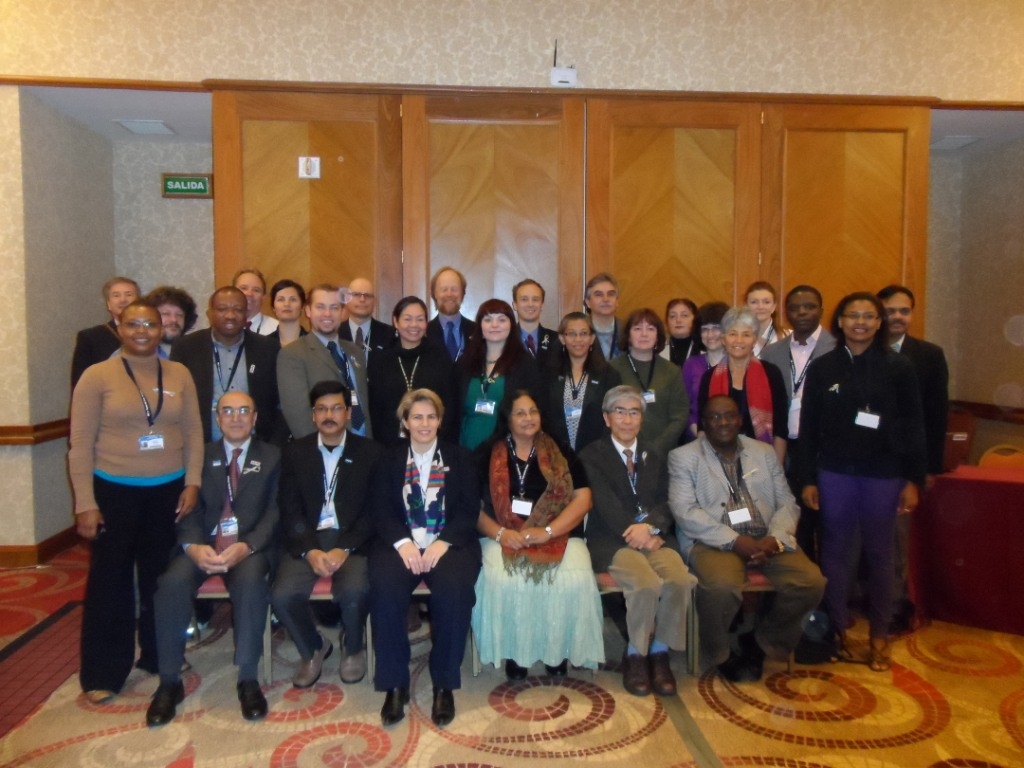 While the draft treaty text proposed some trade restrictions on mercury, ZMWG urged that these be strengthened.   Along with that, ZMWG recommendations included: phasing out the use of mercury in most products and industrial processes; requiring best available control technologies to minimize mercury emissions from  priority sources, such as coal-fired power plants and nonferrous smelters; requiring action plans to reduce mercury use and releases from artisanal small scale gold mining; safely managing surplus mercury and mercury waste and responding to contaminated sites, including addressing the risks to vulnerable populations; and providing sufficient funding to assist developing countries. In addition to adopting strong treaty provisions, ZMWG also called for interim funds to aid implementation planning after the treaty is signed, but before it enters into force. Elena Lymberidi-Settimo, Co-coordinator of the Zero Mercury Working Group said  “Securing interim financial support to enable the development of national implementation plans prior to treaty ratification is critical, especially to developing countries.”

ZMWG is an international coalition of 94 public interest environmental and health non-governmental organizations from 52 countries from around the world formed in 2005 by the European Environmental Bureau and the Mercury Policy Project.  ZMWG strives for zero supply, demand, and emissions of mercury from all anthropogenic sources, with the goal of reducing mercury in the global environment to a minimum.  Our mission is to advocate and support the adoption and implementation of a legally binding instrument which contains mandatory obligations to eliminate where feasible, and otherwise minimize, the global supply and trade of mercury, the global demand for mercury, anthropogenic releases of mercury to the environment, and human and wildlife exposure to mercury.

IPEN was concerned that although two-thirds of delegates engaged in international negotiations for a proposed mercury treaty supported language that would help protect human health and the environment, a small group of developed countries appeared to oppose public actions to prevent and reduce exposure to mercury. “We are deeply concerned that, with current text, the treaty may actually legitimize increased global mercury releases to protect short-term economic interests. The price tag may appear to be “cheap,” but the cost of inaction on mercury pollution will be huge,” said Joe DiGangi, IPEN Scientific and Technical Advisor.

IPEN is a global network of more than 700 public interest non-governmental organizations working together for the elimination of persistent organic pollutants, on an expedited yet socially equitable basis. This mission includes achieving a world in which all chemicals are produced and used in ways that eliminate significant adverse effects on human health and the environment, and where persistent organic pollutants (POPs) and chemicals of equivalent concern no longer pollute our local and global environments, and no longer contaminate our communities, our food, our bodies, or the bodies of our children and future generations.