Over 140 countries agreed on Minamata Convention on Mercury (the Minamata Convention), a global treaty that was designed to prevent emissions and releases of mercury. It aims at controls and reductions in a range of products, processes and industries where mercury is used, released or emitted and also requires governments to devise national plans to reduce the use of mercury in artisanal and small-scale gold mining operations. The treaty was adopted on January 19, 2013 in Geneva, Switzerland, at the fifth session of the Intergovernmental Negotiating Committee (INC5) organized by UNEP. The text of the Convention will be open for signature at the Diplomatic Conference to be held from 7 to 11 October 2013 in Japan.

IPEN said that the treaty is unlikely to reduce mercury releases, and may even result in increased mercury pollution; also, the treaty name, “Minamata Convention”, dishonours those who continue to suffer from one of the worst cases of industrial mercury poisoning in the world. (details: IPEN press release). 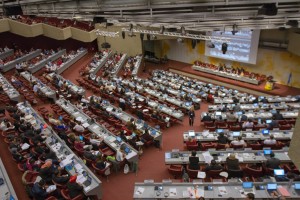