Celebration of the Stockholm Convention’s Entry in Force 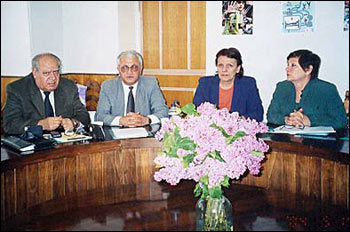 In celebration of the Stockholm Convention’s entry in force, AWHHE Armenia carried out several activities to disseminate information about POPs Convention and its object of 12 toxic chemicals.

1.Round table and press conference was held at the house of journalists (Yerevan, Pushkin 3a) on MAY 14th 2004, 3.00 pm. There we 10 participants of Round Table and 10 journalists.

Objectives:
1. To draw media attention to the Stockholm Convention entry in force organizing the dialogue with government
2. To assess Armenian government’s position on POPs Convention. 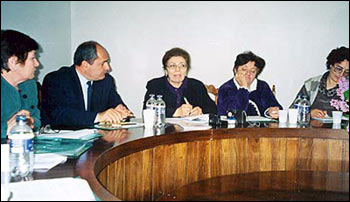 POPs convention, introduction NIP, the analyze of problems due to POPs in Armenia
Anahit Alexandryan – National coordinator of NIP 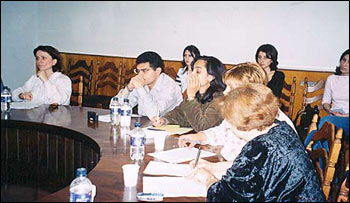 The tasks of Health Care in frame of Stockholm convention implementation
Sos Hovanesyan –Chief of department of Hygiene and Epidemiological inspectorate of Ministry of Health. 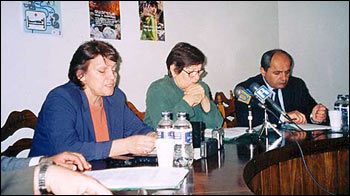 The event organized by AWHHE on Global Day of Action14 th May attracted public attention to the problem of POPs, and to obligations that government has taken due to ratification of POPs Convention. People had a possibility to know about matter of Convention (12 chemicals) during discussion of Round Table. A lot of attention was given to pesticide issue and current situation in agriculture and Health Care. Participants were alarmed about uncontrolled and unsafe using of pesticides. It was mentioned that besides all existing problem there is prevalent conviction that agriculture could not exist without pesticides. So there is the necessity to inform and educate rural people to change their behavior. The problem of obsolete pesticides stockpile was touched as well. AWHHE presented the current situation (results of investigation) with burial of obsolete pesticides. A brief background on waste was presented and discussed. Actively was discussed the health care issue and effects of POPs on human health. Speaker from MOH informed that currently there is no the statistic data on pesticides poisoning cases though it does not mean that there is no problem of poisoning. There is a great risk of pesticide exposure in rural areas.
During round table flyers and posters were distributed, as well as AWHHE statement on GDA.
For IPEN Global Day of Action Tool Kit was translated in Armenian by AWHHE and distributed through participants.
Unfortunately nothing was told about PCB problem due to absence of representatives from industry and national coordinator of NIP(were invited). Though PCB issue is a question of great concern in Armenia.

In celebration of the Stockholm Convention’s entry in force the presentation of Head of AWHHE and executive director of AWHHE on 17th of May on TV second national channel was made. It was presented the background of POPs Convention and problems in country due to POPs. Explained the role of this treaty in protecting human health and the environment from POPs. The role of IPEN in POPs treaty was introduced. The video recording was sent to IPEN secretariat. Appearance on television had a feedback such as visiting of the other TV channel A1+ 17th May 6.30 pm to office of AWHHE and taking interview about POPs problem in Armenia in particular pesticides. AWHHE produced booklets on POPs, posters, flyers and distributed through environmental NGOs and in rural areas. This was done from May 5 to17th.
Press release about GDA was sent and printed to environmental networks national and regional such CENN as well as to international news agencies NOYAN TAPAN and Armenpress.