2019 – Towards Free of Glyphosate Agriculture

The project is supported by GGF

There is sufficient scientific evidence regarding Glyphosate’s significant threat to agrarian societies. Some countries including EU, have already banned its use. In Armenia, Glyphosate is widely used in agriculture. According to the Ministry of Agriculture, the annual amount of import is steadily increasing (12,000 liters in 2012, 60,000 liters in 2013; 149,280 t in 2016 and 161,800 t in 2017). World Health Organization (WHO) and International Agency for Research on Cancer (IARC) classified glyphosate as a probable human carcinogen. Armenia is the first in a ranking of countries with highest rate of deaths caused by cancer compiled by the World Life Expectancy research center in 2016 (death rate in Armenia is 229.84 per 100 000). The project will raise awareness of the government decision-makers in the negative impact of highly hazardous pesticides such as Glyphosate, on human health and the environment. At the same time, the project will target the farmers as most vulnerable population groups by raising awareness on the harms of Glyphosate and informing about existing agro-ecological alternatives.

Letter to Minister of Agruculture 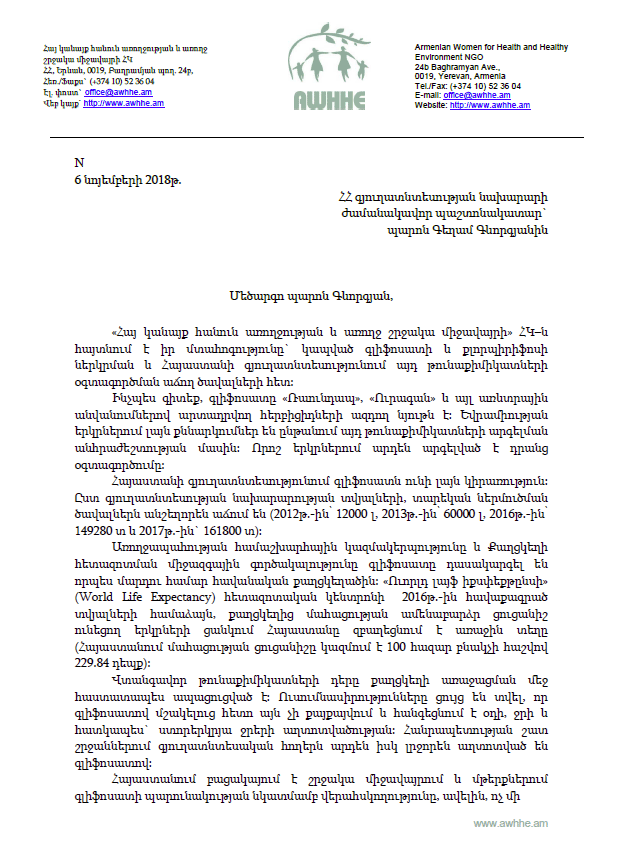 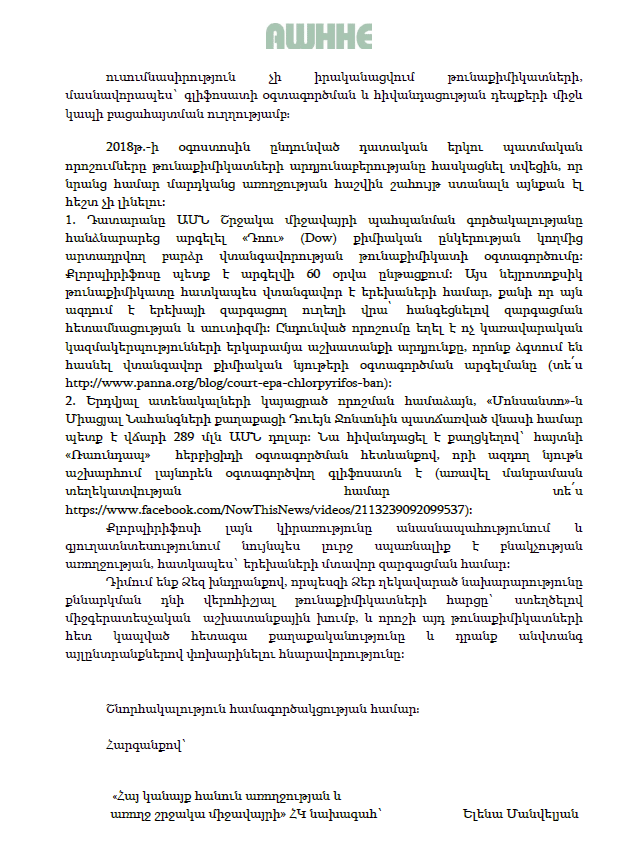